What Instacart's recent change of CEO means for its Ad Business

Instacart’s ad revenue reportedly accounted for $300 million last year and is on track to reach $1 billion in 2022. Is this the future of delivery apps? 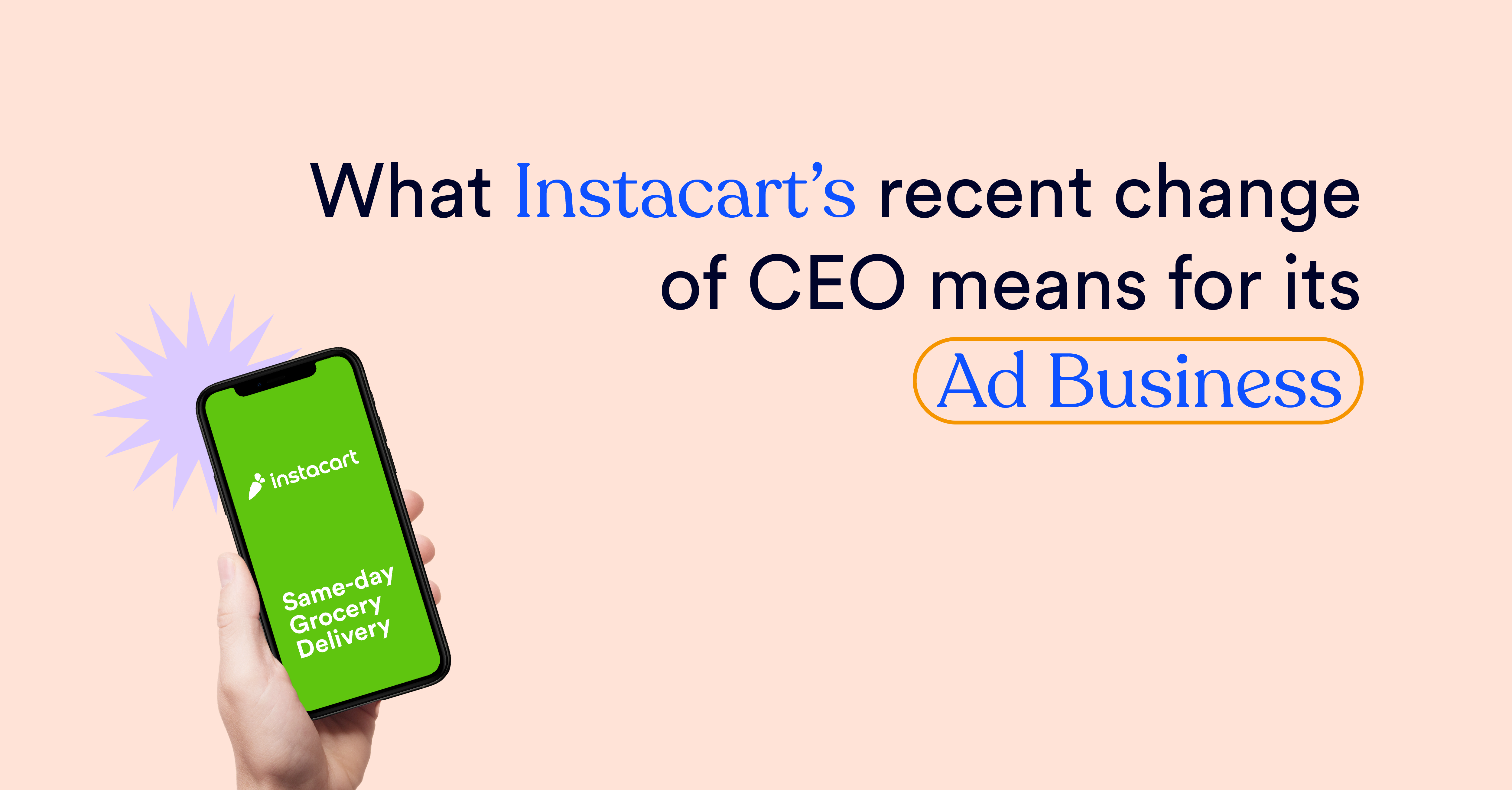 Here's some big news for Instacart

Earlier this month, Instacart hired a top executive from Facebook, Fidji Simo, as its new CEO. At first glance, the move may seem surprising—after all, much of Fiji’s background is in advertising, launching and leading various advertising products on the Facebook app, while Instacart is one of the leading gig economy marketplaces, famous for having its shoppers deliver groceries and other goods to its customers—a very different business.

Digging deeper, however, reveals that the move is extremely logical: while in consumers’ minds, Instacart is a delivery service, the reality is that advertising on its platform is quickly becoming its main source of profit. With brands actively competing for ad space and consumer eyeballs on Instacart’s platform, its advertising revenue reportedly accounted for $300 million last year and is on track to reach $1 billion in 2022. In fact, according to Business Insider, Instacart’s previous CEO Apoorva Mehta, “would say internally that the company's goal was to break even as a delivery business and produce most of its profit from advertising.”

What makes Instacart such an attractive advertising platform is that when customers use it, they are actively looking to purchase items, and clearly and naturally indicate their intent—so advertising to such an audience is extremely attractive for brands. Moreover, brands can easily track the performance of their ads: how many people saw them, how many clicked on them, how many ultimately purchased, and what the total sales amount and return on ad spend were.

Being able to clearly see and measure the value that the ads bring, brands are willing to pay a lot to show them—and competition between brands for the valuable advertising slots drives up the prices of those slots and the overall revenue from advertising. In developing this auction-based advertising platform, Instacart is following in Amazon’s footsteps: advertising is now Amazon’s most profitable business, generating almost $30 billion in revenue, at very high margins (because the cost of serving ads is much lower than the cost of shipping physical items). In fact, Instacart is not just following Amazon’s playbook—in 2019, it hired one of Amazon’s top executives in charge of advertising, Seth Dallaire, into a newly created position of Chief Revenue Officer, to execute it.

Soon after that, in May of 2020, Instacart launched a self-serve, auction-based ad platform, allowing brands to compete to promote their products directly on Instacart’s marketplace—just as they can do on Google, Facebook, Amazon, or Topsort’s platform.

Using an auction-based platform (specifically, one based on the Second-Price Auction—the same one as what our platform is based on) and having brands compete to promote their products leads to an efficient outcome, market-driven ad prices, and high ad revenues. The ad marketplace on Instacart is now booming, with “millions of auctions going on behind the scenes everyday,” leading to spectacular results. In barely a year, Instacart became yet another example of a stunning success of auction-based sponsored listings, once again confirming the power of the model.

Get new industry insights on marketplaces, trends in advertising, and tips for monetization.

Product
For delivery apps
For retailers
For vendors